Dimitrov is Seed 4 of Aachen Challenger. Plays Last Year Champion in the First Round 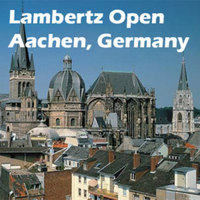 Grigor Dimitrov is Seed 4 of the main draw of Labertz Open, 42'500 EUR ATP Challenger in Aachen, Germany. In the first round the young Bulgarian will play the champion of last year the 26-years-old American Rajeev Ram. He is currently ranked at 158 but has reached No 78 one year ago. In July 2009, Ram captured his first ATP World Tour singles title in Newport, defeating countryman Querrey in three sets after entering the main draw as lucky loser. The match between Dimitrov and Ram will be on Monday or Tuesday.

I like your playing style. Come on! I believe you will be Top 100 within this year.
You can be the next legend! ：）
COME ON！