Dimitrov Plays Verdasco at the Start of Monte-Carlo Masters 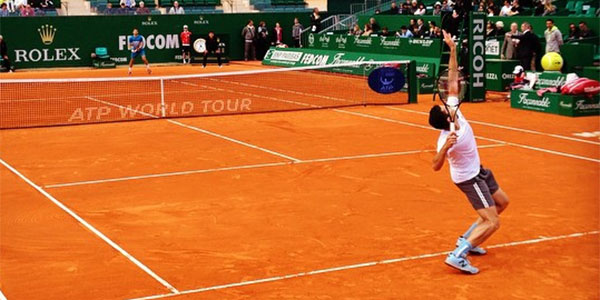 Grigor Dimitrov starts against ex No 7 Fernando Verdasco in the first round of the prestigious Rolex Monte-Carlo Open. The match is on Tuesday at about 2:30pm. Dimitrov and Verdasco played 2 official matches so far - Verdasco won in Bastad in 2013 and Dimitrov beat him last year in Beijing.

This is 4th participation of Grigor at Monte-Carlo Masters. In 2012 he started from the qualifications but could not succeed to enter the main draw. In 2013 Dimitrov lost to Rafael Nadal in the quarterfinals after taking a set. Last year the Bulgarian reached the third round where he lost to David Ferrer.

In partnership with Max Mirnyi from Belarus Grigor Dimitrov entered also the doubles draw. In the first round on Monday Dimitrov/Mirnyi defeated Marin Dragajna of Croatia and Henri Kontinen of Finland. In the second round the Bulgarian-Belorussian duo will have a very tough task against world No 1 in the doubles the Bryan brothers.