Grigor Dimitrov is Seed 4 at Eckental Challenger. Bozoljac is the Opponent at the Start 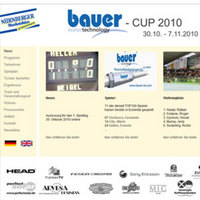 Grigor Dimitrov is Seed 4 of the main draw of the €30K ATP Challenger in the German town of Eckental. In the first round on Monday or Tuesday he will play the 25-years-old Serbian player Ilija Bozoljac, ATP rank 139. Dimitrov and Bozoljac played twice before and it was the Serbian who won both matches - in 2009 at the quarterfinal in Nottingham 1-6 6-3 6-4 and at the first round in Knoxville 6-4 6-4 . Ifsuccessful in the first round the possible opponent of Dimitrov in the second roundwouldbeex No 20 Stefan Koubek of Austria or Dieter Kindlmann Germany.