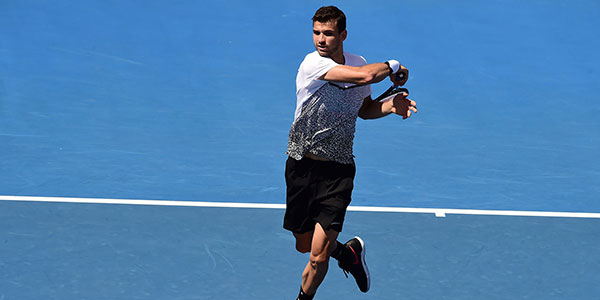 Grigor Dimitrov needed 69 minutes to beat the German Dustin Brown 6-2 6-3 6-2. The Bulgarian scored 11 aces and 30 winners in the first round match against the world No 89 Brown. Dimitrov has to defend 360 ranking points from last year's edition of Australian Open after reaching the quarter-finals.

"It was a good start for me," said Dimitrov. "I expected it to be tricky. After a couple breaks I already knew the match can go on my side, but at the same I have to stay focused. It's best-of-five sets, and you never know what kind of shot or ball can take you out of that momentum."

In the second round Grigor Dimitrov will face Lukas Lacko of Slovakia, No 99.