Grigor Dimitrov Reached the Quarterfinals at IPP Open in Finland 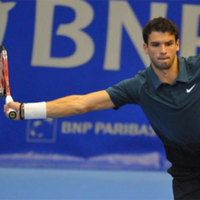 Grigor needed almost 2 h 30 min to win the second round match of the ATP Challenger in Finland. Dimitrov defeated the Russian Konstantin Kravchuk 6-3 5-7 7-5. For advancing to the quarterfinals Dimitrov gained 25 ATP ranking points. In a match for a place in the semis Dimitrov will play the German tennis player Julian Reister, 24 years old, No 113. Reister defeated Dimitrov 6-2 6-2 in the only match between them back in 2008 in thequalificationsof the Basel ATP tournament.