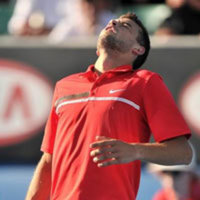 Grigor Dimitrov left the ATP 500 tournament in Memphis, Tennessee, after being defeated in the first round by Donald Young of USA 6-7(4) 6-4 6-7(6). This is third subsequent loss for Grigor after the matches against Almagro at Australian Open and Kevin Anderson in San Jose.

Dimitrov will not play next week, the next tournament he enters is the masters in Indian Wells, California from 5 March.

Dimitrov has to defend 90 ranking points next week so he will lose ranking positions.... 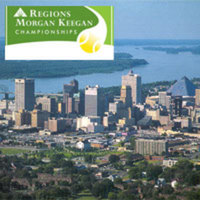 Grigor Dimitrov will start against world No 40 Donald Young (USA) in the first round of the main draw of the ATP 500 tournament in Memphis, Tennessee. The opening round matches are on Monday and Tuesday. Dimitrov and Young will play for 3rd time. In 2010 Young won in the second round of the Honolulu Challenger. Then in the first round of ATP 250 tournament in Winston-Salem it was Dimitrov who reached to the victory.

Top seed in Memphis is the American John Isner, No 14, who Dimitrov could mee...