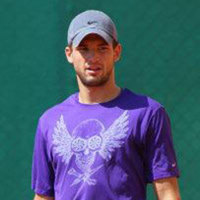 Grigor Dimitrov will start directly in the main draw of the ATP 250 tournament in the Romanian capital Bucharest. On Monday or Tuesday Dimitrov will play No 69 Xavier Malisse of Belgium. 31-years-old Malisse best ranking was No 19 back in year 2002. 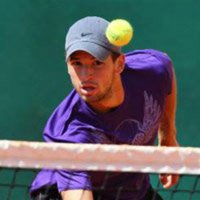 Grigor Dimitrov missed his chance to play for the first time in the main draw of ATP Masters in Monte Carlo. In the second round of the qualifications No 70 Mikhail Kukushkin of Kazakhstan defeated Grigor Dimitrov 6-4 7-5. This was a revenge for Kukushkin after the loss by Dimitrov about 2 weeks ago. Kukushkin succeeded to win 2 of the 6 break point chances while Dimitrov took none of 8 chances as 4 of them were set balls.

With the points gained in the first round Dimitrov would move up to No... 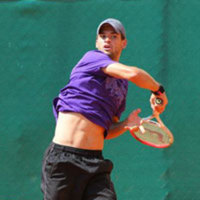 Grigor Dimitrov started the clay season with convincing win. In the first round of the qualifications of the Masters in Monte Carlo Dimitrov defeated the representative of the host nation Thomas Drouet with result of 6-1 6-3. Drouet has not played official matches since 2007. This match was the first participation of Grigor at the prestigious Monte Carlo Masters.

For this win Dimitrov gained 1965 USD and 16 ranking points.

In second round match which will guarantee entry to the main draw...