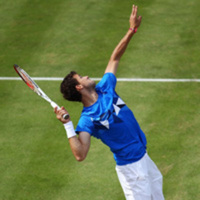 Grigor Dimitrov is the first Bulgarian tennis player who won a match at Olympics tennis tournament. Dimitrov advanced to the second round after beating Lukasz Kubot of Poland 6-3 7-6(4). Kubot had the chances to take the second set with lead of 5-3 games and then having set-ball at 6-5. Dimitrov saved the set-ball and then won the tie-break 7-4, the set and the match.

The second round opponent of Grigor is still to be decided in a match between Gilles Simon of France and Mikhail Kukushkin of ... 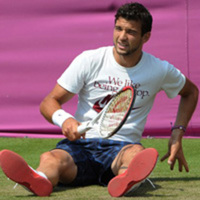 The Olympic tennis tournament draw was held in Wimbledon and Grigor Dimitrov will play Lukasz Kubot of Poland, No 73, in the starting round. Last week Dimitrov beat Kubot at Swiss Open in Gstad 6-3 6-2.

Potential second round opponent would be the winner of Mikhail Kukushkin ofKazakhstanand Gilles Simon of France, Seed No 12. Then in third round it is Seed No 8 Juan Martin del Potro who is highest ranked potential opponent.

Dimitrov is on the part of the draw with No 1 Roger Federer who he...

напиши коментар
Grigor Dimitrov is No 53 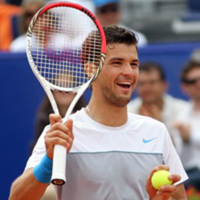 Grigor Dimitrov jumped to No 53 on this week's ATP ranking which is only 1 place behind his best ever position of No 52 from August 2011.

The only change of Top 10 is the 10th position of Juan Monaco of Argentine. Federer, Djokovic and Nadal are at the top 3 followed by Murray, Ferrer, Tsonga, Berdych, Tipsarevic and Del Potro.

напиши коментар
Bellucci Defeated Dimitrov at the Semifinal in Gstaad 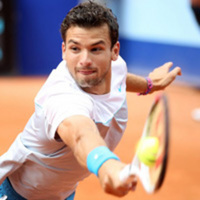 Grigor Dimitrov missed his third chance to play at final of ATP Tour tournament. In the semifinals of the Credit Agricole Suisse Open in the Swiss resort of Gstaad the Brazilian Thomaz Bellucci beat Grigor Dimitrov in two sets 7-6(3) 7-6(5). The title will be decided on Sunday between Bellucci and Janko Tipsarevic.

Grigor gained 18'460 Euro and 90 points which will position him to around No 53 next week.

At the end of next week Grigor Dimitrov will start at the tennis tournament of the Oly...