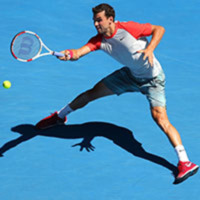 Grigor Dimitrov entered Top 20 as No 19 after playing in the quarterfinals of the first Grand Slam Tournament of the year in Melbourne, Australia. With the 380 points won this year Grigor Dimitrov shares the 7th position in the ATP Race to London Rankings. It is based on points gained only during the current year and the top 8 players go to Barclays ATP World Tour Finals in London at the end of the season.

In February Dimitrov has to defend 180 ranking points and with the 3 upcoming tournamen...

напиши коментар
Grigor: I came out expecting nothing less than to win 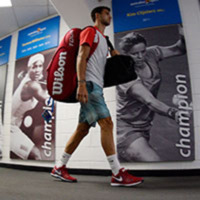 Q. Do you think you'll look back on this match as an opportunity that got away or a step forward in your progression?

GRIGOR DIMITROV: Well, there's a lot of mixed feelings right now. I'm a bit shattered. It's tough losing that match, my first quarterfinal. I came out expecting nothing less than to win.

All the credit to Rafa. He's been a tremendous competitor, great guy off the court. We had a great battles the past year and now again, and hopefully in the future more. 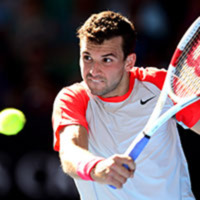 Grigor Dimitrov started the quarterfinal match at Australian Open against world No 1 Rafael Nadal with early break and eventually took the first set. Despite the tough play by Grigor the Spaniard reached the victory 3-6 7-6(3) 7-6(7) 6-2. Grigor made two forehand errors at 6-6 and 7-8 in the tie-break of the third set which were very decisive for breaking the balance of the powers and Nadal taking the lead. Grigor Dimitrov showed cleaner tennis play with booming services and crushing forehands.
... 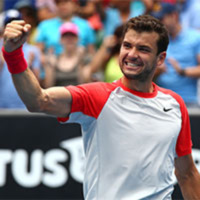 Grigor Dimitrov continues with his exceptional performance at Australian Open in Melbourne. He became the first Bulgarian in men's tennis to reach quarterfinal of Grand Slam tournaments after the win over Roberto Bautista Agut of Spain 6-3 3-6 6-2 6-4 on Monday.

The young Bulgarian tennis player, who is 22nd seeded, reached the victory after breaking the service of Bautista Agut for the 4th time within 2 hours and 24 minutes.

For reaching the quaterfinals Grigor gained 340 points which mea... 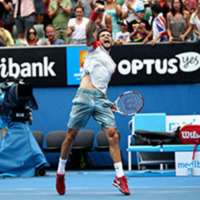 Grigor Dimitrov reached for the first time in his career the fourth round of Grand Slam tournament. In a clash between two of the young tennis stars at Margaret Court Arena, Dimitrov ousted the 11th seed Milos Raonic of Canada 6-3 3-6 6-4 7-6(10).

Grigor succeeded to save 2 set points before winning his 5th match point in the tie-break of the 4th set. The Bulgarian needed 2 hours and 36 minutes to win the match. After this clash Dimitrov improved to 3-1 the head-to-head record over Raonic. 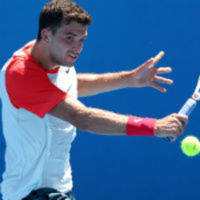 For the first time in his career Grigor Dimitrov advanced to the third round of Grand Slam tournament. He made it after defeating No 53 Yen-Hsun Lu 6-3 6-3 7-6(11) in match that first was delayed because of the heats in Melbourne and then was interrupted in the third sets because of thunderstorms.

With the gained 90 points so far Grigor Dimitrov would improve his best ranking considering the current points of all other tennis players but the order might change until the end of the tournament.... 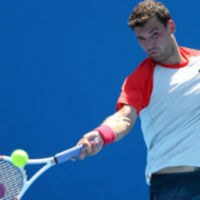 Grigor Dimitrov lost the first set of the opening round of the first Grand Slam tournament of 2014 but won the match against Bradley Klahn. With temperatures reaching 43oC during the match the Bulgarian won the match 6-7(7) 6-4 6-4 6-3. Grigor won all his service games without even allowing Klahn to reach deuce.

In the second round on Thursday Dimitrov will play world No 53 Yen-Hsun Lu from Taiwan. Lu is in very good shape, last week in Oakland he reached his first ATP final and lost to Isner... 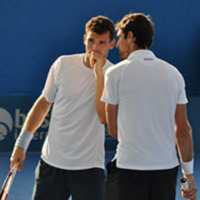