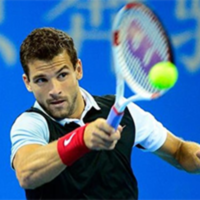 Grigor Dimitrov had a tough first round match in the Chinese capital Beijing. He needed 1 hour and 35 minutes to beat the Spaniard Fernando Verdasco in three sets 6-1 3-6 6-3. The Bulgarian scored 11 aces and saved 7 of the 8 breakpoints that he faced. With this 42th win for the season stopped the series of first-round losses at China Open from his previous participations.

In the second round Dimitrov will play the winner of the match between Pablo Andujar and Julien Benneteau. 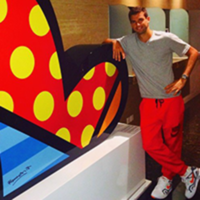 Grigor Dimitrov is seeded No 5 of the main draw of ATP 500 tournament in the Chinese capital Beijing. He will start against Fernando Verdasco of Spain who is currently No 33 in the tennis world ranking. The 30-years-old Verdasco's highest rank was No 7 reached in 2009.

Verdasco beat Dimitrov in the only official match they played - in the semifinal in Bastad, Sweden, in 2013. In exhibition tournament in Australia in January this year Verdasco defeated Dimitrov again.

It is 3rd participatio... 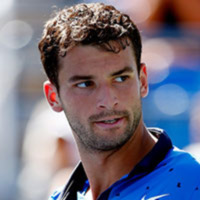 In the ATP ranking published today Grigor Dimitrov keeps his 10th position. There are no changes in the positions of the Top 10 players. Novak Djokovic is No 1 ahead of Rafael Nadal and Roger Federer.

Even if Grigor Dimitrov does not participate at any tournaments this week his 10th position is not endangered. No 11 Andy Murray could only get closer to the points of Dimitrov if he wins the title at Shenzhen Open in China.

Next week Grigor Dimitrov will play at China Open in Beijing and the... 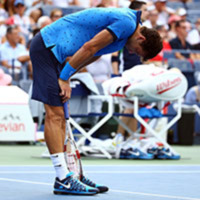 The recap for US Open from this year's edition is 3 wins, 187'000 USD and 180 ranking points. According to the current points Dimitrov is still at No 8 but Andy Murray and Kei Nishikori would get enough points in the upcoming matches and this way the Bulgarian could lose his 8th ranking pos... 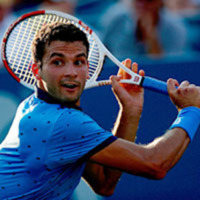 Grigor Dimitrov started the 3rd round match of US Open against David Goffin of Belgium with poor scores in most of the aspects of the play - 31% first service hit and 2-11 winners to unforced errors ratio. All this lead to 0-6 score in the first set. In the second set Dimitrov cleaned up his game and succeeded to take the set. Grigor started the third set with 4-0 lead but a series of errors allowed David Goffin to recover and reach 4-4. Dimitrov made a solid return and broke the service game of...