Successful Start for Dimitrov at the Futures in Modena, Italy 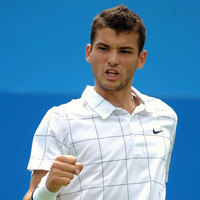 Grigor Dimitrov continued his winning series as in the first round of the 15'000 USD ITF Futures in Modena, Italy he defeated Matthieu Roy of France in straight sets 6-3 6-3. Grigor is Seed No 2 of the main draw. In the second round Dimitrov will playanotherFrenchmen - the qualifier Julien Jely who is not currently ranked and has reached the highest ranking of 702 back in 2006. The match is at 9 p.m. on Wednesday on Center Court.