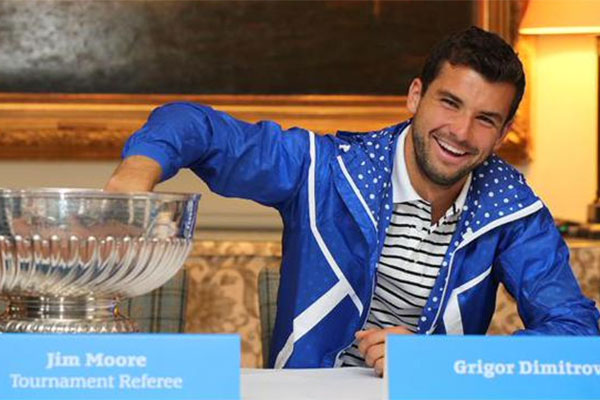 Grigor Dimitrov will start against Sam Querrey, No 38, in the first round of AEGON Championships in Queen's Club in London. The match of the defending champion Dimitrov and the champion of the tournament in 2010 in on Monday evening on Centre Court. In the only match so far Dimitrov beat Querrey 6-3 6-2 in Washington in 2013.

#0: WISHING GRIGOR LOTS OF LUCK AT WIMBLETON. HOPING AND PRAYING YOU WIN IT.