Berdych Won the Title in Stockholm 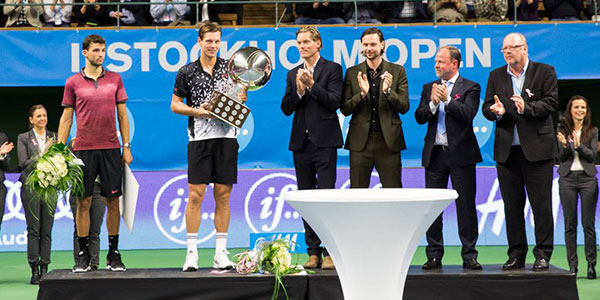 Grigor Dimitrov could not defend his first ATP Tour title at If Stockholm Open. No 7 Tomas Berdych lifted the trophy after beating Dimitrov 5-7 6-4 6-4.

"It was a good match," said Dimitrov. "I give all my respect to Tomas. It's never easy to lose a final, but he was just better out there today. He had bigger momentum in the second and third (sets). That made the biggest difference."

Grigor Dimitrov will drop off ATP Tour Top 10 on Monday as Andy Murray moves one position ahead after moving the title in Vienna.

With the two next tournaments in Basel and Paris, Grigor still has chances to gain enough points and the enter the 8 eight player at the ATPTour FInals in London in November.