Bulgaria 2 - Greece 0 after wins of Dimitrov and Kutrovsky 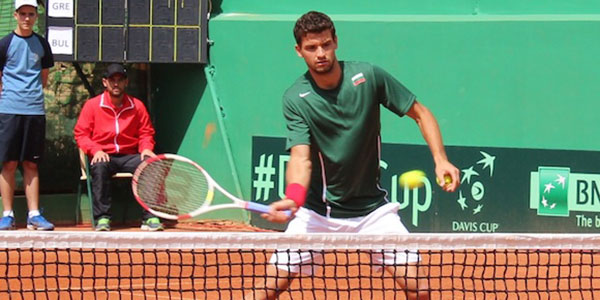 Bulgaria leads 2-0 to Greece in Davis Cup Group II Europe/Africa relegation play-off. In the first match of the day Grigor Dimitrov had no problems against No 690 Marcos Kalovelonis and won easily 6-3 6-3 6-0. In the second match Dimitar Kutrovsky defeated racket No 1 of Greece Theodoros Angelinos 6-4 6-3 1-6 6-3. Bulgaria needs only one win to seal the participation in the same group of Davis Cup in the next season.

The captain of the Bulgarian team Todor Enev appointed Dimitrov/Kutrovsky to play in the doubles match on Saturday but there could be last minute changes before the start and Dimitrov may be replaced by some of the other Bulgarian team members.