Dimitrov - Berdych in the Third Round at Rome Masters 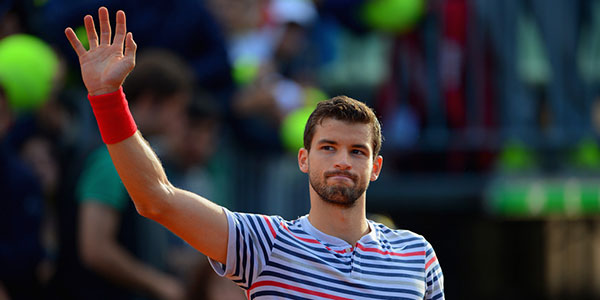 Grigor Dimitrov defeated Ivo Karlovic of Croatia in the second round of Rome Masters 7-6(3) 6-4. In a match of powerful services Dimitrov succeed to reach the victory within 1 hour and 12 minutes. In the third round Dimitrov will play Tomas Berdych of the Czech Republic. Grigor will try to take revenge for the loss to No 6 Berdych in the third round in Madrid last week.

Later on Wednesday Dimitrov and Rosol upset the second seed at Rome Masters Alexander Peya of Austria and Bruno Soares of Brazil 6-4 3-6 10-2. The Bulgarian-Czech duo goes to the quarter finals to battle Marin Cilic, Croaria, and Santiago Gonzalez, Mexico.