Dimitrov Advanced to the Semifinals in Bucharest. Plays Monfils 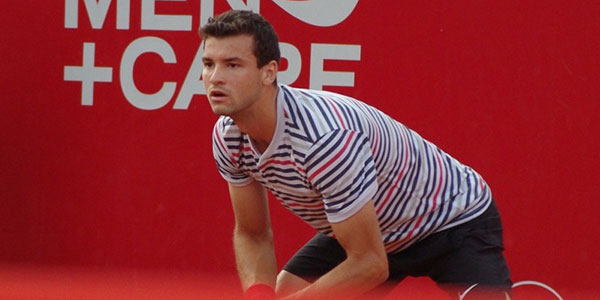 Top seed Grigor Dimitrov kept his chances for third ATP title getting closer to the finals of ATP 250 tournament in the Romanian capital Bucharest. On Friday evening Dimitrov beat the Ukrainian Sergiy Stakhovsky 6-3 6-4 within 68 minutes and advanced to his 9th semifinal

“It could have easily gone both ways, as he is a dangerous player and a good serve and volleyer,” said Dimitrov. “It was really heavy conditions, so I am happy to have won. I just tried to be solid.”

In the semifinal on Saturday Grigor Dimitrov will play Gael Monfils, No 24. The Frenchman won the only match against Dimitrov in the first round of US Open in 2011. The semifinal match in Bucharest will start at 13 h CET

#0: Wow Grigor you beat Thomas that is fantastic,keep this up and before you can say Racquet you will be no.1 I truly believe this well done young man x