Dimitrov Defeated Pablo Cuevas. Plays Murray in the Third Round 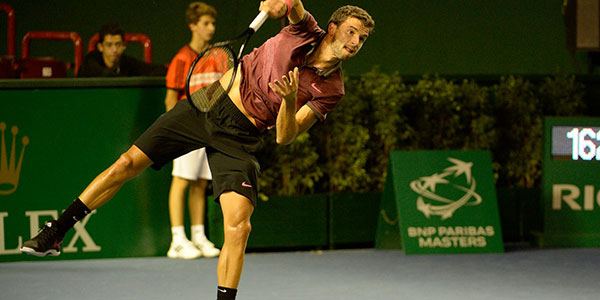 Grigor Dimitrov took an easy win in the second round of Paris Masters on Wednesday. Pablo Cuevas of Uruguay could not win any games in the first. Dimitrov needed 62 minutes to beat Cuevas 6-0 6-2. And this was Grigor's 50th win of the season.

In the third round Dimitrov will have the heavy task to beat Andy Murray for the third time this year after the semifinals in Acapulco and the quarterfinals at Wimbledon. The match is at about 2:30 pm CET.

"[Dimitrov] still has a decent chance at getting into London, so he'd be pretty motivated," Murray said. "It will be a good match for both of us."