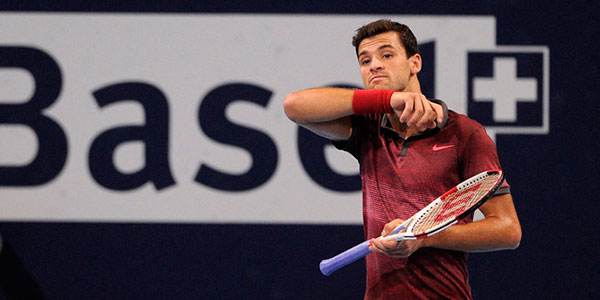 Grigor Dimitrov defeated the Canadian Vasek Pospisil 6-2 6-2 in the second round of the ATP 500 tournament in Basel, Switzerland, and will play in the quarterfinals for 3rd consecutive year. And he will play first seeded and World No 2 Roger Federer as a replay of the quarterfinal from last year's edition of Swiss Indoors. In 2013 Grigor lost to Federer 3-6 6-7(2). Roger will have the advantage to play in front of home spectators and the confidence of winning the tournament 5 times in the past years.

Dimitrov - Federer match is forth on the Central Court on Friday and will start not before 8pm CET. The first quarterfinal match is Milos Raonic vs David Goffin followed by Ivo Karlovic - Benjamin Becker. World No 3 Rafael Nadal will play 17-years-old Croat Borna Coric.