Dimitrov Fought Back from a Set Back against Troicki. Plays Federer in the Quarterfinals 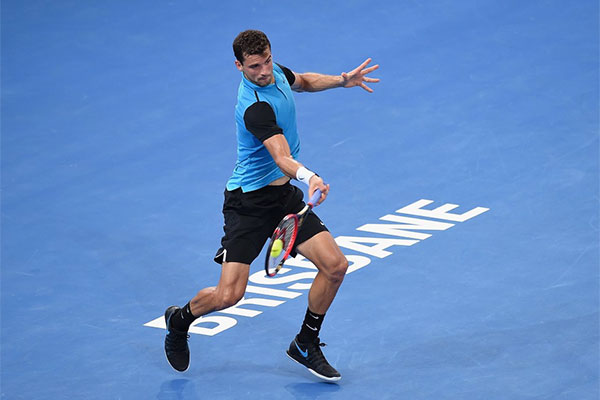 Grigor Dimitrov needed almost three hours to beat Viktor Troicki of Serbia 5-7 7-6(6) 6-2. Troicki took the first set with a late break. The Serbian was leading with break in the second set, then Grigor also succeeded to break for 4-4. In the tie-break Dimitrov reached a lead of 5-1 but let Troicki to take the next points to 6-6. After a double fault by the Serbian Grigor succeeded to win the tie-break and the set. In the third set Dimitrov succeeded to break twice and took the set 6-2.

In the quarterfinals Grigor Dimitrov will play No 3 and top seeded player in Brisbane Roger Federer. In all three previous matches Roger Federer reached the victory. Last year in Brisbane Federer beat Dimitrov in the semifinals 6-2 6-2.

"Then again, tomorrow we'll see. Grigor's had a tough grind today, but he's extremely match tough. I expect him to be fresh again tomorrow. I played him quite aggressive last year and that worked well." Federer said after beating Kamke earlier today.

The match Grigor Dimitrov - Roger Federer is on Friday on Pat Rafter Arena not before 7pm local time, 9 am CET.