Dimitrov Will Start against Qualifier in Washington D.C. 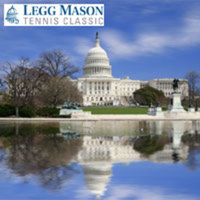 In the first round of the ATP 500 Legg MasonTennis Classic in Washington, D. C., Grigor Dimitrov will a player from the qualifications. The top seeds of the qualification draw are Matthew Ebden, Australia, ATP rank 139, Marinko Matosevic, Australia, No 154, Wayne Odesnik, USA, No 160, Victor Estrella, Dominican Republic, No 213, etc. Ex No 9 Chilean Nicolas Massu is also in the qualifications with WC.

Grigor Dimitrov has to defend 35 ranking points from the last year's ITF Futures title in Dortmund. Reaching the second round in Washington brings 20 points and reaching the third - brings 45. It is Michael Llodra of France, No 30, who Dimitrov should win in the second round if he is successful in the start.