Dimitrov with Straight Set Win in the Second Round in Sydney 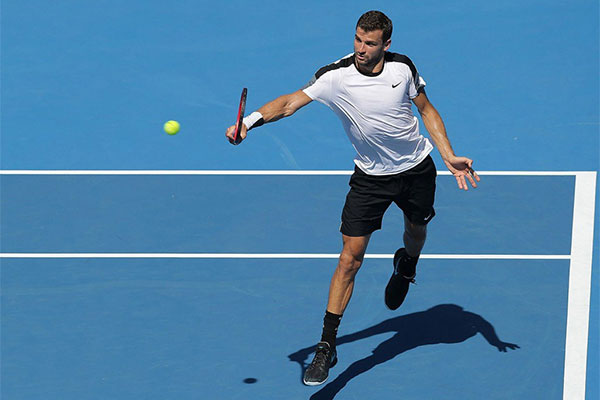 No 4 seed Grigor Dimitrov started his participation at Apia International in Sydney with 7-6(2) 6-4 win over the Uruguayan Pablo Cuevas. The first set was decided after 51 minutes of play in a tie-break where Dimitrov quickly reached 6-0 lead. With the only break of the match Dimitrov opened the second set with 2-0 and eventually won the set and the match.

In his second quarterfinal of the year Grigor Dimitrov will play eighth seeded Alexandr Dolgopolov of Ukraine. Dimitrov beat Dolgopolov 4 times until now and lost only once. The last two wins of Grigor were at Canadian Masters in August last year and at Wimbledon in 2014.