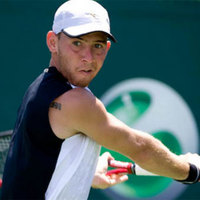 Seed No 1 and ATP rank 58 Dudi Sela (on the picture) of Israel won the match against Grigor Dimitrov with a score of 6-4 7-6(4) in the first round of the ATP Challenger in Ramat HaSharon.AlthoughGrigor scored 6 aces and won very important points he could only drove the game to tie break in the second set where Sela won7-4 and this way he won also the match. Dimitrov gained 5 ATP ranking points for passing to the main draw from the qualifications.

With his partner Alex Bogdanovic Dimitrov will play on Wednesday in a quarterfinal match of the doubles tournament as their opponents will be determined later today.