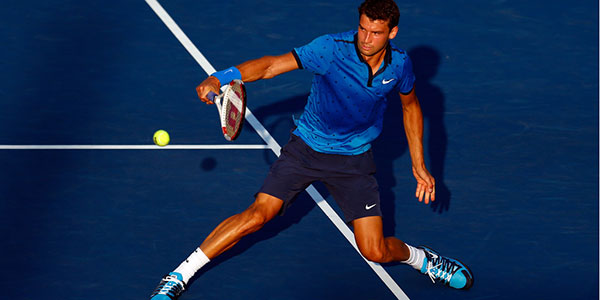 Grigor Dimitrov's first participation at US Open in the men's tournament was in 2009 when he lost in the second round of the qualifications. Then he had 3 losses in the first round of the main draw in 2011, 2012 and 2013. On Wednesday Dimitrov broke the negative series and claimed his first US Open main draw victory as he beat No 184 Ryan Harrison of USA6-2 7-6(4) 6-2. It took Dimitrov just over 2 hours to beat Harrison after converting his 5 of the 13 break-points chances and hitting 37 winners.

In the second round Dimitrov will play Dudi Sela of Israel. From the previous 3 clashes against Sela Grigor has two wins - in 2013 in Queen's Club and in 2012 in Nice. Sela won once in front of home crowd at ATP Challenger tournament in 2011.