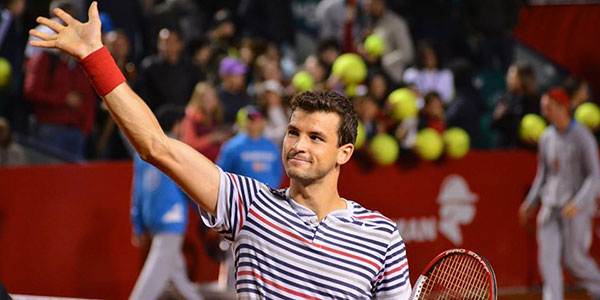 Grigor Dimitrov advanced to the final in Bucharest after winning the semifinal against Gael Monfils. The Frenchman retired because of leg injury when Grigor was leading 5-1 in the first set.

With the points for reaching the final Grigor Dimitrov would move to No 15. The outcome of the finals in Bucharest and Barcelona will decide the position of Dimitrov in next week`s ranking.

The opponent of Dimitrov in the final on Sunday is the title holder from last year Lukas Rosol of the Czech Republic. This will be forth ATP Tour final for Grigor. He lost his first final in Brisbane to Andy Murray in 2013 and won the titles in Stockholm and Acapulco.