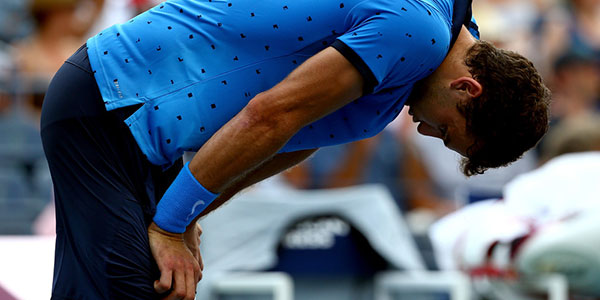 The recap for US Open from this year's edition is 3 wins, 187'000 USD and 180 ranking points. According to the current points Dimitrov is still at No 8 but Andy Murray and Kei Nishikori would get enough points in the upcoming matches and this way the Bulgarian could lose his 8th ranking positoin.

Dimitrov will not participate in any of the tournaments in the next 3 weeks and will use the time for training in preparation for the last tournaments of the year. The next tournament for Grigor is the ATP 500 Beijing Open starting on 29 September 2014. Then Dimitrov will play at Shanghai Masters. From 13 October Grigor will be in Stockholm to defend his first ATP Tour title. Then it is the Masters in Paris.

Currently Grigor is No 7 in the Race to London ranking and he still has good chances to be among the 8 tennis players who will take part at Barkleys ATP Tour Finals in London in November.