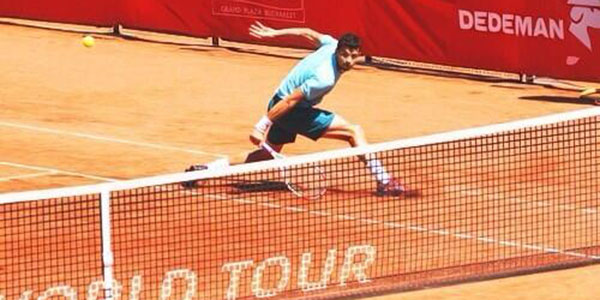 Grigor Dimitrov defeated in two sets the ex Junior No 1 Jiri Vesely of the Czech Republic 7-6(5) 6-2 in the second round of the ATP 250 tournament in Bucharest. The first set was decided after tie-break. Vesely reached a lead of 5-2 but Grigor took the next 5 points to win the set. In the second set Seed No 1 Dimitrov broke the service game of the 20-years-old Czech twice and closed the set 6-2.

Grigor added 45 ranking points to his balance and currently stays at No 16. He would add new points only if he reaches the final.

In the quarter-finals on Friday Dimitrov will play No 92 Sergiy Stakhovsky of Ukraine. In the only match so far Dimitrov lost to Stakhovsky in the first round of Miami Masters in 2011.

#0: Can someone explain the ranking points?

In particular, why did Grigor added 45 ranking points already?

As far as I know other then the Grand Slams, Masters, and ATP500 (a total of 16 tournaments), there is only 2 more than can count.
For Grigor, these two are Stockholm (250) and Bastad(90).
So it seems to me that, he can only gain points from Bucharest, if he scores more than 90 points (i.e. reach the final).
So where do these 45 points come from?