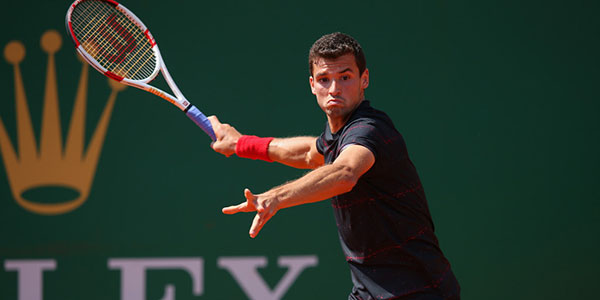 In the first round of the Monte-Carlo Masters Grigor Dimitrov defeated Marcel Granollers of Spain in 3 sets 6-2 4-6 6-2. This was the first win for Grigor in three matches against Granollers so far.

In the second round on Wednesday Grigor Dimitrov will play another Spaniard - the qualifier Albert Ramos, No 101. On ATP Tour level Grigor took the only match against Ramos - at the quarter-finals in Bastad, Sweden, in 2012.

To defend the 180 ranking points from last Dimitrov will need to reach at least the quarter finals in Monte Carlo.

The second round match Dimitrov - Ramos is on Court des Princes on Wednesday after the clashes Raonic - Lu and Benneteau - Robredo with first one starting at 10.30 am CET.