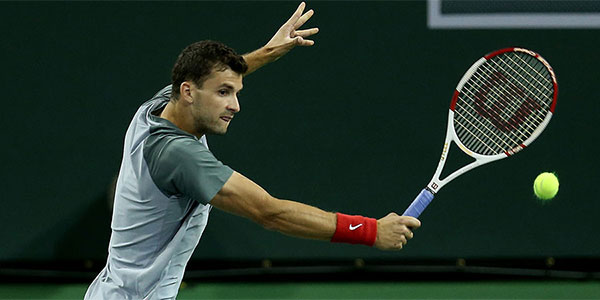 Grigor Dimitrov continues his winning series from Acapulco and started with 6-4 6-3 win over Robin Haase of the Netherlands at BNP Baribas Open in Indian Wells, California. The Bulgarian had problems in beginning of the match and allowed Haase to break and reach a lead of 3-1 but eventually won the next 5 games to win the set. In the second round Dimitrov broke when he was leading 3-2 which decided the outcome of second set and the match.

With the won points for reaching this phase of the tournament Grigor Dimitrov defended the 45 ranking points from last and has good chances to advance further in the ranking if continues the winning series.

In the third round Grigor will play Ernests Gulbis of Latvia whom he played twice last month. Grigor lost in Rotterdam and won in Acapulco.