Grigor Dimitrov Gets through to the Second Round in Beijing 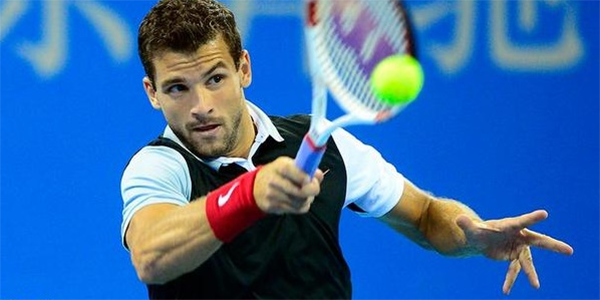 Grigor Dimitrov had a tough first round match in the Chinese capital Beijing. He needed 1 hour and 35 minutes to beat the Spaniard Fernando Verdasco in three sets 6-1 3-6 6-3. The Bulgarian scored 11 aces and saved 7 of the 8 breakpoints that he faced. With this 42th win for the season stopped the series of first-round losses at China Open from his previous participations.

In the second round Dimitrov will play the winner of the match between Pablo Andujar and Julien Benneteau.

In the ranking for the ATP Tour Finals in London Grigor Dimitrov fell to No 11 after Andy Murray's title in the tournament in Shenzhen last week. Grigor will need to gain much more than the 45 points from the today's win in order to stay among the contestants for the prestigious tournament in London in November.