Grigor Dimitrov Had No Luck on His Birthday 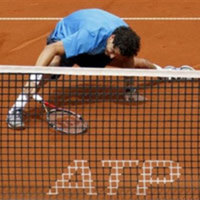 Grigor Dimitrov started in the first round of the ATP 250 tournament in Nice, France against Pablo Andujar of Spain but has to retire because of illness after only 19 minutes of play. Andujar quickly made a lead of 5-0 when Dimitrov decided to retire.

Despite not winning any points in Nice Dimitrov would most likely keep his current best ever rank of 63.

Next week Dimitrov would start in the first round of Roland Garros in France, the second Grand Slam tournament of the year.