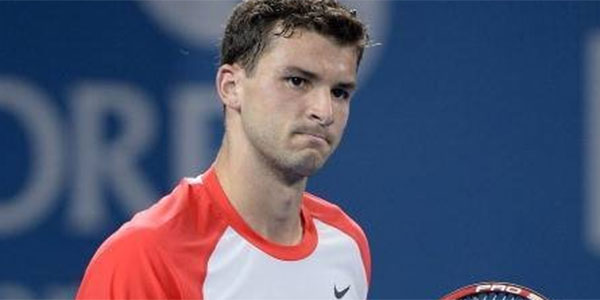 Within less than one hour Grigor Dimitrov defeated the Dutchman Robin Haase 6-2 6-3 in the first match of the new season at Brisbane International in Australia and advanced to the second round of the tournament.

“Very nice first match, so to speak, for the new year. It’s a great feeling definitely coming back here. It’s always a nice event to start the year with,” said Dimitrov.

“I was happy the way I was serving on the important occasions in every game. I thought I moved quite well on the court, so a that helped ease up on some points and eventually bring me to good opportunities.”

“I’m feeling quite comfortable on the court. Yeah, looking forward to the next round, and hopefully I do good.”

In the second round Grigor will have a tough opponent - ex No 8 Marin Cilic of Croatia. Earlier today he defeated Denis Istomin of Uzbekistan.

“Marin is a very dangerous player, and he’s definitely capable of doing a lot of damage."

“So I just got to be ready and got to make sure that I’m going to have a good service game, and obviously try to, you know, cover a lot of court. He has a decent serve as well."

“It’s going to be an interesting match. Of course I’m looking forward to it.”

Grigor has no scheduled matches for 31 December so his first round doubles match and second round match against Cilic will be on Wednesday or Thursday.