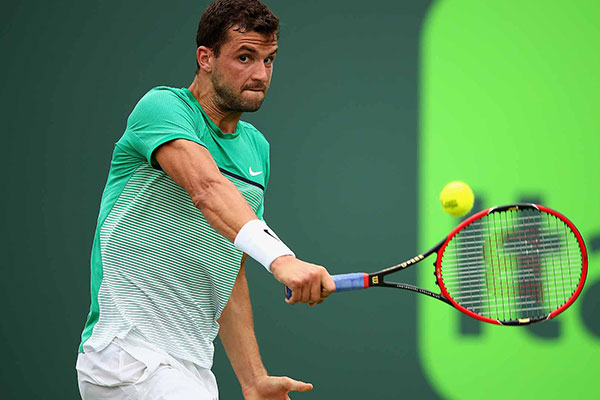 Grigor Dimitrov came back from a set down to defeat world No 2 Andy Murray, Great Britain, 6-7(1) 6-4 6-3. This was the first win for Grigor Dimitrov over Top 10 player since May 2015 when he defeated Stan Wawrinka in Madrid.

"To be honest, I just played better in the big moments today. I had quite a few opportunities and I used them." Dimitrov said. "Even though I lost the first set, I kept good composure. I had to stay in the match and I had to be really focused. I think when I was 3-1 down in the third set, I knew I was going to get another chance because I was returning well, playing well in the key moments. I'm happy with all those things."

On Tuesday Grigor Dimitrov will play No 16 Gael Monfils of France. The match is 4th on Stadium court and is expected to start around at 11pm CET.