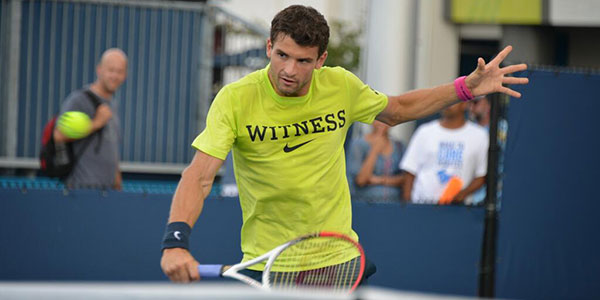 Grigor Dimitrov claimed his 27th win of the season defeating No 13 Nicolas Almagro in straight sets 7-6(3) 6-4. The young Bulgarian fired 19 aces and broke Almagro twice and won the match in 87 minutes. Grigor will add ranking points to his balance.

In the second round Dimitrov will face Brian Baker (USA), No 185. The Bulgarian won the only match against Baker in the beginning of the season in Brisbane, Australia.