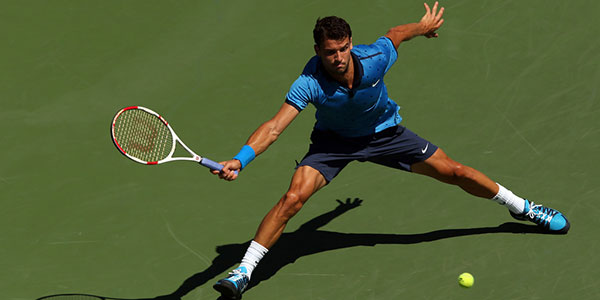 Grigor Dimitrov needed only 89 minutes to beat Dudi Sela of Israel 6-1 6-2 6-2 in the second round of US Open on Armstrong Stadium. Grigor hit 28 winners, including 6 aces, and won 21 of his 29 net points, which lead him to his 40th win for this year.

In the 3rd round on Sunday Dimitrov will play David Goffin. The young Belgian, currently world No 56, beat 32nd seeded Joao Sousa in the second round. The 23-years-old players Dimitrov and Goffin played only at Challengers and Futures tournaments before and Dimitrov won all the 3 matches: Futures in Trier and Dortmund in 2010 and Challenger in Geneva in 2010.