Grigor Starts at the Qualifications of the ATP Challenger in Braunschweig, Germany 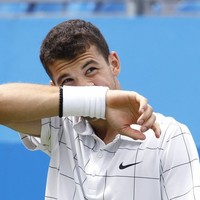 On Sunday Grigor Dimitrov starts in the first round of the 106,500 EUR ATP Challenger in Braunschweig in Germany. The opponent of Dimitrov is the Argentinian Sebastian Prieto, 35 years old, specialist in doubles, currently not ranked in singles but occupies 78th position in ATP doubles ranking. The match is 3rd in a row at Court 5 as the first match starts at 10 am CET. The result could be followed by the live score board of the tournament.

The matches of the second round are later on Sunday.