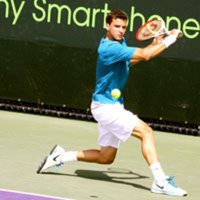 In the third round of Miami Masters Grigor Dimitrov defeated world No 7 Tomas Berdych of Czech Republic in 3 sets 6-3 2-6 6-4. This is Grigor's first win over Top 10 player at ATP tournament as this was his 10th attempt. It is also the first time when Dimitrov will play in 4th round of tournament of this rank - Masters.

Grigor will re-enter Top 100 with the gained 90 points - the estimated posi... 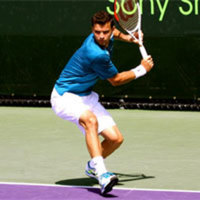 For the first time in his career Grigor Dimitrov won second round match at a Masters level tournament. In Miami Dimitrov defeated No 32 Juan Ignacio Chela of Argentine 6-2 4-6 6-4. The overall score of matches between Dimitrov and Chela is 2-0 now.

For reaching the 3rd round Grigor gained 23'210 USD of the prize money and 45 ranking points which could help him to return to Top 100. 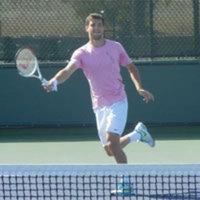 Grigor Dimitrov had no problems in the first round of the ATP Masters in Miami. The young Bulgarian defeated Mikhail Kukushkin of Kazakhstan, No 72, within 53 minutes in straight sets 6-2 6-2. Grigor Dimitrov gained 12530 USD of the prize money and 25 ranking points so far. The points balance remains unchanged as he had to defend 25 points from last year.

In the second round it is Juan Ignacio ... 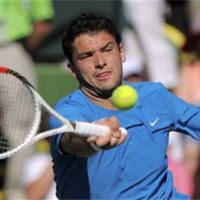 David Ferrer, No 5, defeated Grigor Dimitrov in the second round match at Indian Wells Masters within 66 minutes with score of 6-2 6-2. Ferrer converted all his 5 break point chances. This way his win-loss score became 19-1 for the season. Dimitrov showed weak play in all the components, including 40 unforced errors, problems with the back-hand and missing service.

Dimitrov cold not improve his... 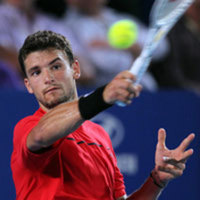 Grigor Dimitrov defeated No 59 Ivan Dodig of Croatia,6-1 6-4in the first round of the Masters in Indian Wells, CA, USA. This is the first participation of Dimitrov at Indian Wells Masters, $5.5 mln prize money. And it is his first tournament participation with his new coach Patrick Muratoglu, the owner of the academy in Paris where Grigor is trained.

The head-to-head score between Grigor Dimitr...