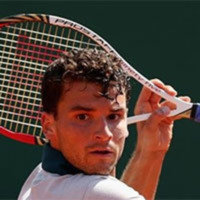 Grigor Dimitrov had to start as seeded No 3 at the ATP 500 tournament in Washington, D.C., this week. Unfortunately the world No 9 withdraws after doctor diagnosed him the flue and sinus infection.

"We will miss having Grigor as a part of this year's tournament, but his health is priority number one," said Jeff Newman, tournament director. "We hope he gets better quickly and wish him great succ... 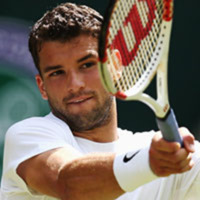 Grigor Dimitrov ousted world No 5 and defending champion Andy Murray in straight sets 6-1 7-6(4) 6-2 in the quarter-finals to advance to for the first time in his career to Grand Slam tournament semifinals.

“I’m excited and happy I went through in straight sets,” Dimitrov said. “It’s never easy to play Andy, especially in front of his home crowd. I was pretty fortunate today.”