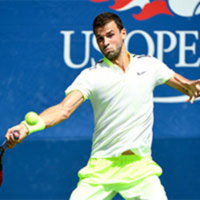 Grigor Dimitrov beat No 74 Inigo Cervantes of Spain in the first round of US Open in straight sets 6-2 6-4 7-6(7). Dimitrov broke twice in the first set helped by some erratic serves and shots by Cervantes. 22nd seeded Bulgarian took the second set after late break. In the third set Cervantes had a chance while serving for the set at 6-5 but could not capitalize. In the tie-break the Spaniard rea...

Grigor Dimitrov moved with 10 positions to No 24 in the ranking of ATP World Tour after reaching the semifinals of Cincinnati Masters.

Marin Cilic of Croatia who beat Dimitrov in the semifinal and won his first Masters title after defeating Andy Murray in the final re-entered Top 10 at No 9. Dominic Thiem of Austria moved from No 9 to No 10. The Swiss players in Top 10 switched places - Stan Wa... 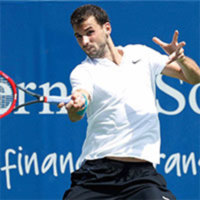 Grigor Dimitrov advanced to the Masters tournament semi-finals for the first time since 2014. The Bulgarian defeated Steve Johnson of the USA in two sets 7-6(8) 6-2 in the quarterfinals of Cincinnati Masters on Friday.

With points won so far in Cincinnati Grigor Dimitrov will jump to around No 24 in the ranking.

In the semifinal on Saturday Dimitrov will face Croatian player - the winner of ... 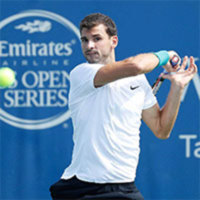 Grigor Dimitrov scored another win over second seeded Swiss Stan Wawrinka in the third round of Cincinnati Masters 6-4 6-4. With score of 4-4 in the first set Dimitrov converted on his second break point chance and then served to win the set 6-4. In similar scenario the Bulgarian broke once again the second set to 4-3 and took also the second set and the match. 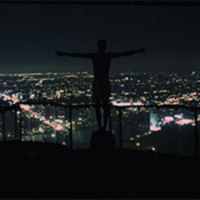 Grigor Dimitrov starts in the Rio Olympics tournament on Saturday against No 14 Marin Cilic of Croatia. The head-to-head score of Dimitrov vs the 2014 US Open champion is 1-1. Cilic beat Dimitrov in 2014 in Brisbane but last November Dimitrov won at Paris Masters.

The potential second round opponent of the winner are Radu Albot of Moldova or Teymuraz Gabashvili of Russia.