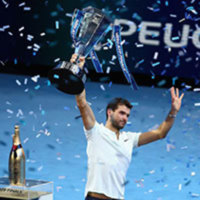 Grigor Dimitrov is officially No 3 in Emirates ATP Ranking. With the points for winning the title of the ATP FInals in London Grigor Dimitrov moved from 6th to 3rd position. Rafael Nadal and Roger Federer are No 1 and No 2. Alexander Zverev is behind Dimitrov at No 4. Dominic Thiem and Marin Cilic also lost position and moved to No 5 and No 6. The runner-up of the ATP Finals David Goffin moved to ... 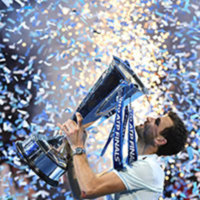 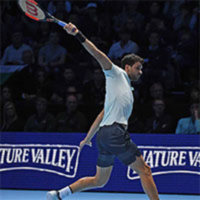 Grigor Dimitrov remains unbeaten at Nitto ATP Finals and after converting his 4th match point to beat the American Jack Sock 4-6 6-0 6-3 the Bulgarian advanced to the final match.

Dimitrov has 4 wins and no losses at O2 Arena in London and on Sunday will play the biggest final match of his career.

The rival of Grigor for winning the title is David Goffin of Belgium, who beat the 6 times ex-c... 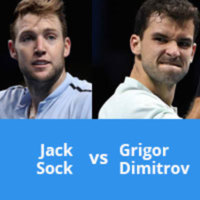 The match of Dimitrov and Sock is scheduled for Saturday a... 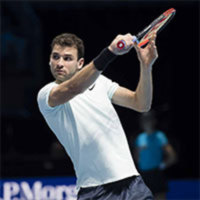 Grigor Dimitrov leads Group Pete Sampras with 2 wins and no losses after beating David Goffin 6-0 6-2 in 74 minutes. The result of the match of the Bulgarian with Pabro Carreno Busta of Spain, who replaced Rafael Nadal after his decision to withdraw from the tournament, will not change the leading position of Dimitrov in the group. In the semifinals on Saturday Grigor Dimitrov will meet the player... 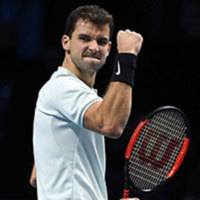 The next match of Grigor Dimitrov is on Wednesday.... 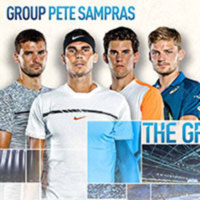 The groups of Nitto ATP Finals in London are set. The draw placed the eight participants in two groups named after great tennis players who had won the title of the tournament - Pete Sampras and Boris Becker.

Grigor Dimitrov is the Pete Sampras group lead by No 1 Rafael Nadal . The other players in the same group are No 4 Dominic Thiem and No 7 David Goffin. The players in the Boris Becker gro... 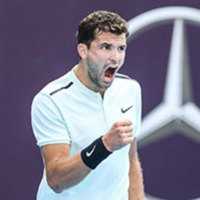 Rafael Nadal will end the year as No 1 for the fourth time....