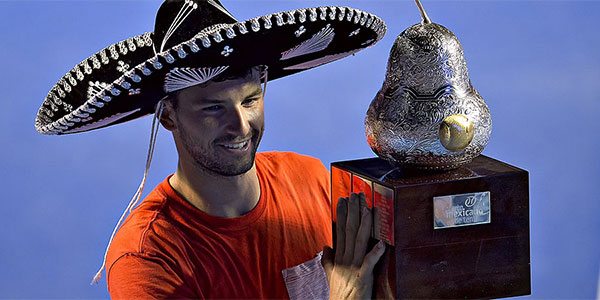 After Milos Raonic Grigor Dimitrov is the second tennis player born in the 1990s with multiple ATP Tour titles.

It was Bulgarian’s fourth victory over Kevin Anderson in five meetings. Grigor Dimitrov’s win marks the first by a non-Spaniard in the Mexico Open in Acapulco in six years, withNicolas Almagro (2008, 2009), David Ferrer(2010, 2011, 2012) and Rafael Nadal (2013) having emerged victorious in that span.

As No 16 in the new ranking Grigor Dimitrov will be among the seeds 9 and 16 at Miami Masters starting next week and in the third round would play some of the seeds between 17 and 24.

#3: Well earned success, you should be proud of yourself! Keep reaching for the stars!