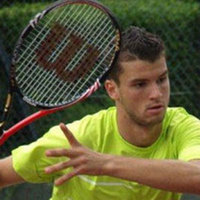 Grigor Dimitrov won in straights set the match of the first round of the 15K USD ITF Futures in Padova, Italy. With a score of 6-3 6-2 against Farrukh Dustov of Uzbekistan Grigor advanced to the second round. This was 11th consecutive win for Dimitrov.

In the second round the opponent of Grigor Dimitrov is the German Moritz Baumann, ATP Rank 1427. The 23-years-old Baumann entered the main draw from the qualifications and in the first round he defeated Daniel Smethurst, Germany, ATP rank 367.