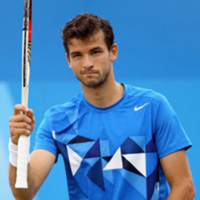 Grigor Dimitrov and his Japanese partner Kei Nishikori defeated Seed 4 Mikhail Elgin / Denis Istomin 7-6(5) 4-6 [10-7] in the first round of the doubles tournament in Brisbane, Australia. With this win Grigor will come back to the doubles ranking. The quarterfinal opponents of Dimitrov-Nishikori are still to be decided.

The first round match of Dimitrov vs Baker will be on 1 January as the exact hour will be announced withpublishingthe Order of Play tomorrow.