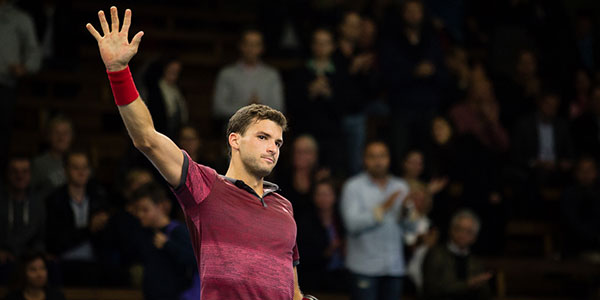 22-years-old Jack Sock demonstrated great tennis play against second seeded Grigor Dimitrov in the quarterfinals of ATP 250 tournament in the Swedish capital. The Bulgarian lost the first set but was successful in the critical moments and succeed to take the win 5-7 6-4 6-3. The champion from the last year's edition of the tournament will play Bernard Tomic of Australia in the semifinals on Saturday.

Dimitrov added 90 ranking points to his balance but based on the presentation of Andy Murray in the tournament in Vienna he might lose his 10th position next Monday.