The Schedule of Davis Cup Match Bulgaria vs Monaco is Announced. Dimitrov Starts vs Oger 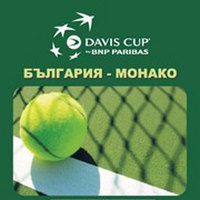 Grigor Dimitrov will start against Thomas Oger in the first day of the 1st round match of the Group II of the Europe/Africa Zone of Davis Cup between Bulgaria and Monaco. The matches will be held from 5-7 March in Sofia Tennis Hall in Borisova Gardens in Sofia. The first opponent of Dimitrov Thomas Oger has ATP singles ranking of 418.

The last day match of Grigor Dimitrov is against the best tennis player of Monaco 27 years old Benjamin Balleret who has ATP ranking of 249.