Thiem Defeated Dimitrov in the Quarterfinals in Acapulco 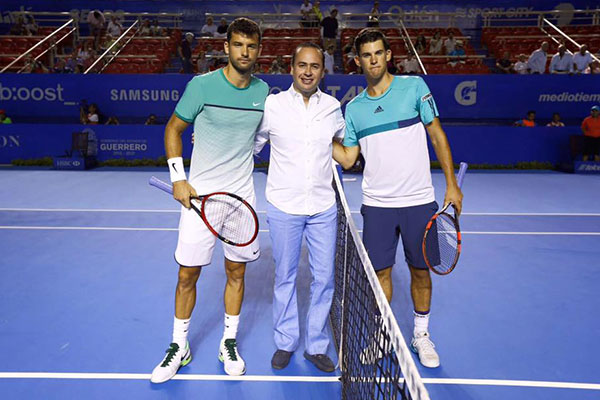 World No 15 Dominic Thiem of Austria took down the former champion Grigor Dimitrov 7-5 6-2 in the quarterfinals of Mexico Open. At 5-5 in the first set Thiem succeeded to break Dimitrov's serve and then took the set 7-5. The second set started with another break for Thiem to 1-0, then with another break to 5-2 he took also the second set and the match.

The next tournaments in the agenda of Grigor Dimitrov are the Masters in Indian Wells and Miami.