Dimitrov Battles Past Fognini in Madrid 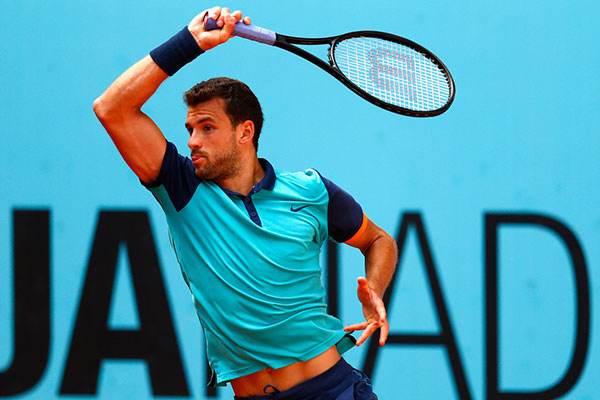 Grigor Dimitrov advanced to the third round of Madrid Masters after beating Fabio Fognini of Italy in three sets 3-6 6-2 7-5. Fognini opened up 3-0 lead in the first set and succeeded to keep his advantage to take the first set 6-3. In the second set Dimitrov broke the service game of Fognini twice and saved five break points to 6-2. In the third set Dimitrov reached 3-0 lead but allowed Fognini to come back to 3-3. Eventually the 10th seed Dimitrov ground down his opponent to seal his progress 3-6 6-2 7-5.

In the third round Dimitrov will play Stan Wawrinka. The Bulgarian beat Wawrinka at Monte-Carlo Rolex Masters last month. In the semifinals of Queen`s Club last year Grigor took the first win over the Swiss player. In the other previous two matches Wawrinka was the winner - in 2013 at Madrid Masters and in 2011 at Australian Open.

The match Dimitrov - Wawrinka is at 1pm CET on Thursday on Arantxa Sanchez-Vicario Court.

Dimitrova/Meltzer will play Matkowski/Zimonjic after suitable rest later in the day.