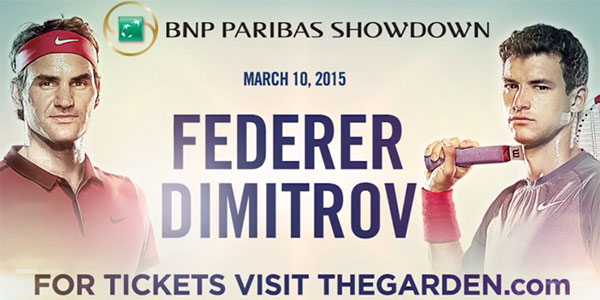 Grigor Dimitrov and Roger Federer will be the stars of the BNP Paribas Showdown in Madison Square garden on 10th of March 2015. In an exhibition match before the masters in Indian Wells and Miami world No 11 Grigor Dimitrov will play the seventeen time Grand Slam champion Roger Federer at 7:30 pm EST. The Bulgarian fans will be able to watch the show on BNT HD from 1:00 am Sofia time.

Tennis legendsMonica SelesandGabriela Sabatiniwill face each other in the opening match. This meeting will commemorate the 25th Anniversary of their WTA Finals five set match in the World's Most Famous Arena.