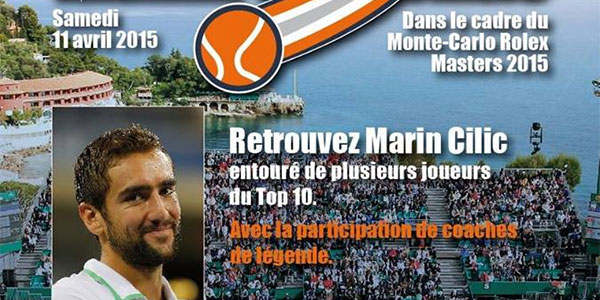 On 11 April 2015 Grigor Dimitrov will play Rafael Nadal in a match of the agenda of the charity event Marin and Friends. Marin Cilic supports two causes in Monte-Carlo: Special Olympics and Fight Aids. Special Olympics provides year-round sports training and athletic competition in a variety of Olympic-type sports for children and adults with intellectual disabilities. Fight Aids, founded by Princess Stéphanie in 2004, assists those living with HIV/AIDS and aims to prevent and de-stigmatise the disease through education.