Dimitrov Plays Paul-Henri Mathieu at the Start in Rotterdam 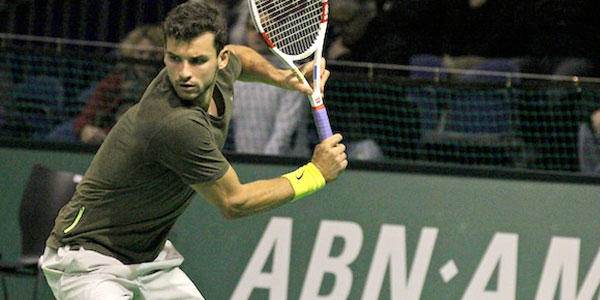 Grigor Dimitrov will start in the prestigious tournament in the Dutch city of Rotterdam on Monday at 19:30 CET against the ex No 12 Paul Henri Mathieu of France. The Frenchman, whose current ranking position is No 96, had to play in the qualification tournament during the weekend and beat Jurgen Meltzer of Austria and entered the main draw.

In the only previous match Paul-Henri Mathieu defeated Dimitrov in the quarterfinals in Basel in 2012.

The tournament in Rotterdam is one of the most notable for Dimitrov where in 2009 he beat then No 23 Tomas Berdych in the first round and took a set of No 1 Rafael Nadal. In 2011 Dimitrov entered the main draw after playing the qualifications and lost to Jo-Wilfried Tsonga in the first round. The most successful participation of Dimitrov was in 2013 when he reached the semifinals after beating Bernard Tomic, Nikolay Davydenko, Marcos Baghdatis and lost to Juan Martin del Potro. In the last year's edition of ABM Amro Dimitrov defeated Tursunov in the first round but lost to Gulbis in the second round.