Grigor Dimitrov Advanced to the Third Round at Wimbledon 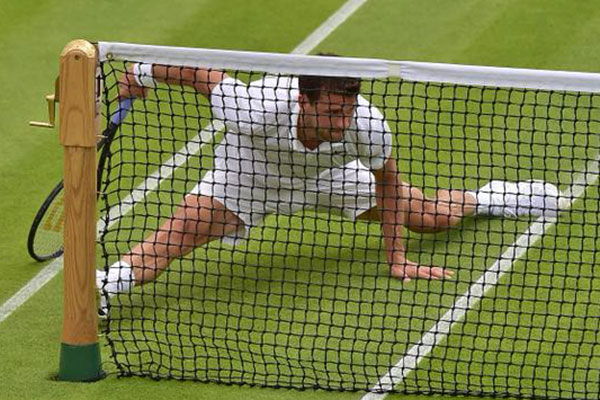 "Obviously it's good to go through certain matches in that way, especially in straight sets," Dimitrov said. "With every match I feel that my game is getting better, but I still feel that there are a couple of things I need to sort of tune up, especially for the next round."

In the third round Dimitrov will play No 21 seed Richard Gasquet. This will their first time they will playing on grass. The Frenchman won all 4 matches against Dimitrov, the last one being in 2013 at Rome Masters. Gasquet beat Dimitrov also at Roland Garros and in Bangkok in 2012 and in Duabi in 2011.

"I'm not thinking about it, to be honest," Dimitrov commented the 0-4 loss-win score against Gasquet. "I think I played him a while back, like two years ago or something, so I'm a different guy since then. I'm a different player.I feel that I'm coming into the match as a favorite to win. At the same time, I don't have anything to lose. I need to get out there and play my game."

#1: I hope you do read the comments on your website. You seriously need to work on reading the games and points as they are played because it's a skill you haven't mastered. You are better then ranking that you were but you are not playing up to your potential. I hope you'll learn to master your mental skill and that you'll get better.

Good luck with your upcoming tournaments